The Central Okanagan Hospice Association wants to give our community an opportunity to remember their loved ones through a series of remembrance moments between the months of April to June.

The In Loving Memory campaign will support our grief and bereavement services so that we can continue to serve the grieving in our community. It is essential that we provide a safe and comforting space where grief can be shared and loved ones honoured.

How You Can Make a Difference

When you donate to the In Loving Memory campaign you are making a meaningful difference in our community and taking the opportunity to remember and honour a loved one. The opportunities to honour a loved one include adding their name to our Online Memorial, the Digital Billboard in West Kelowna in the month of May, or the COHA August Centre Memory Wall.

With a donation of $240 your loved one’s name will be displayed on our Digital Billboard located in West Kelowna during the month of May. This display of community remembrance will be highly visible and in addition, your loved ones name will also be added to our Online Memorial to honour and remember their memories.

With a donation of $440 your loved one’s name will be added to a community of remembrance at the COHA August Centre. We invite you to write on the memory wall or bring in a picture of your loved one to be placed.

The COHA August Centre Memory Wall will be installed in our office until February 2023 during our 40th Anniversary celebrations as a way for our community to remember and reflect. In addition, your loved ones name will also be added to our Online Memorial and our Digital Billboard in West Kelowna during the month of May.

The Power of Your Generosity

Sandy’s loss of her five year old daughter, Evalyn is something she could never have imagined.

“I couldn’t cry anymore, I was still in shock. I didn’t want to accept that my daughter was gone, I still had the feeling she would come back.”

Listen to Sandy’s journey on how she is learning to accept the death of her daughter through the supports from the Central Okanagan Hospice Association and how it has allowed her to begin her journey of embracing the future without her daughter.

For over 40 years, your generosity has helped ensure thousands of individuals like Sandy and her family don’t have to face death and grief alone.

Matt August On His Uncle’s Death

The care and support Matt’s uncle received from the Central Okanagan Hospice Association (COHA) volunteers made his end-of-life a lot more comfortable.

“It helped make the last part of life manageable.”

Since Matt’s loss, he has been a played a pivotal role through his generous philanthropic work in helping COHA grow.

Listen to Matt’s story on the importance COHA has on the community, the August families support over 15 years and how you can help impact your community through the Central Okanagan Hospice Association.

The Shock of Loss

Lorelei lost her husband to suicide. The anger and loss led her into a spiral of emotions that she felt she couldn’t get out of. She wanted to be strong for her children but also needed to be strong herself.

Losing Your Wife of 60 Years

Jim and Moreen were married for almost 60 years.

She passed away one week short of her 80th birthday after a long battle with ovarian cancer.

When Jim lost his wife he felt a sense of guilt. He felt guilty that he was still able to enjoy his children and grandchildren and that Moreen wasn’t.

“My initial thought was that I wasn’t going to need any help, maybe it was a macho thing. But as soon as I got started with the counselling I realized how much value I was getting these services.”

How Your Donation Helps

You donation from the In Loving Memory Campaign will go towards our Grief and Bereavement Services to meet the growing demand for the grieving in our community.

With your help COHA can continue to be a safe outlet for children, youth and adults to access anticipatory grief and bereavement services. Providing a space where they can share feelings of fear, confusion and uncertainty while instilling normalcy and hope back into their lives.

When you make a donation to our In Loving Memory campaign your loved ones name will be added to our Online Memorial. 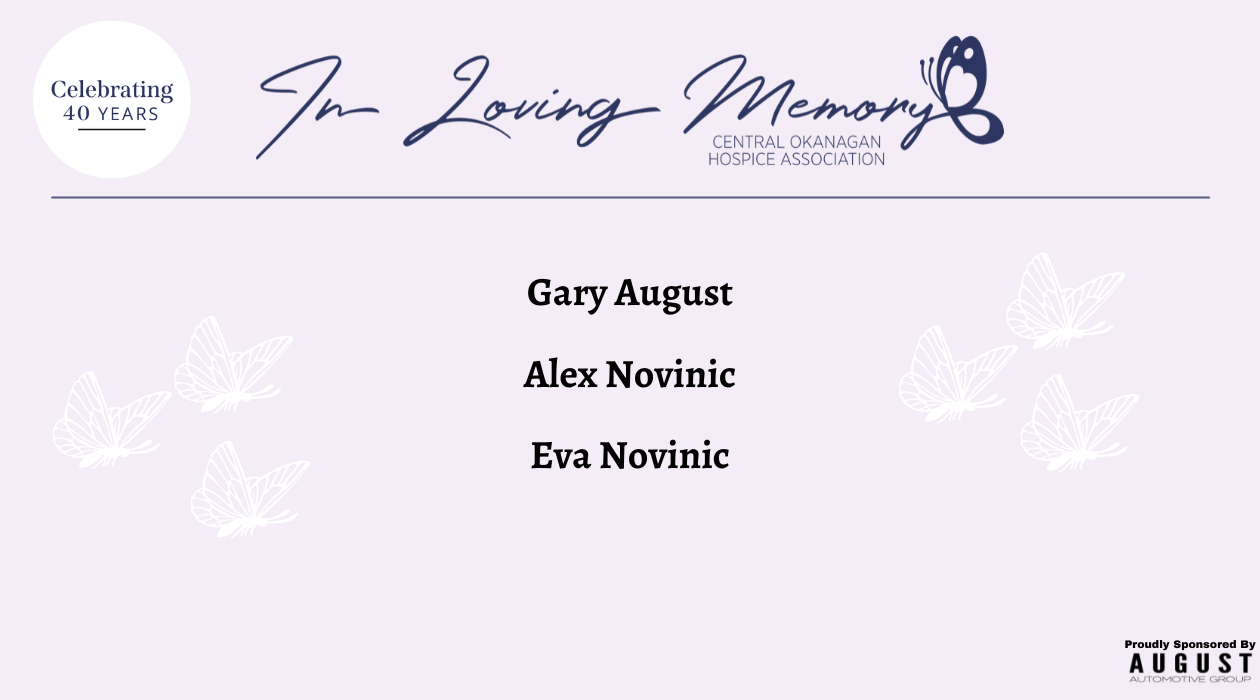 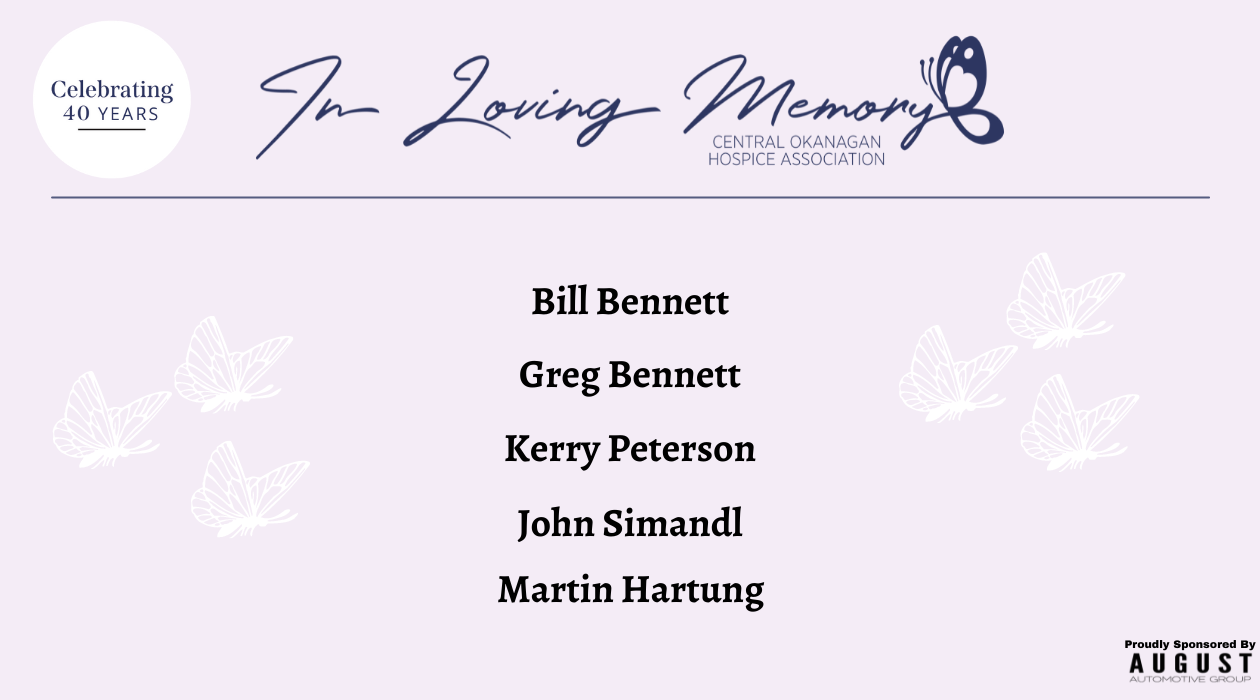 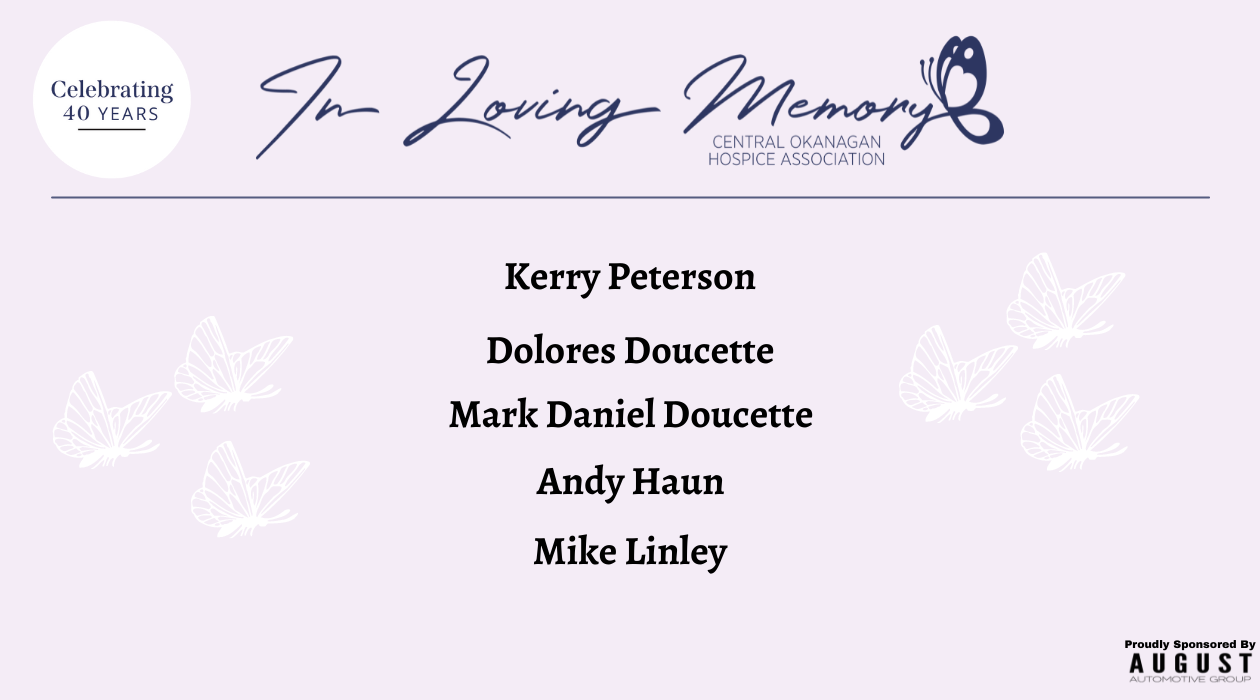 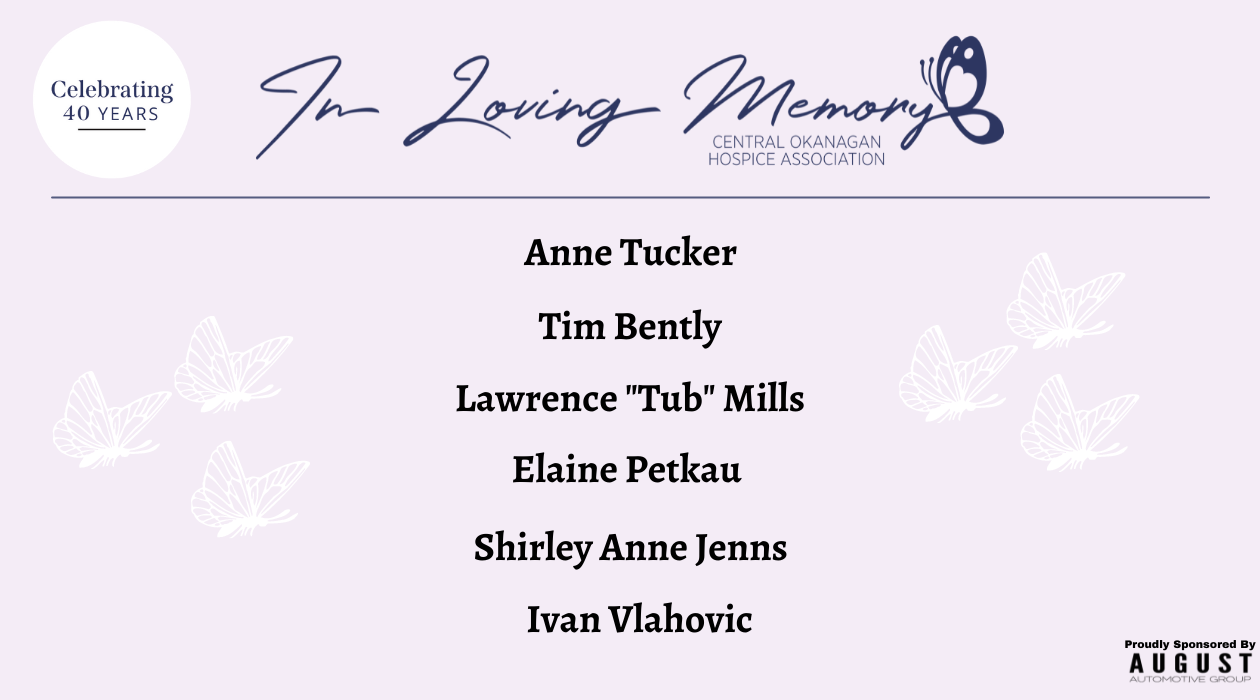 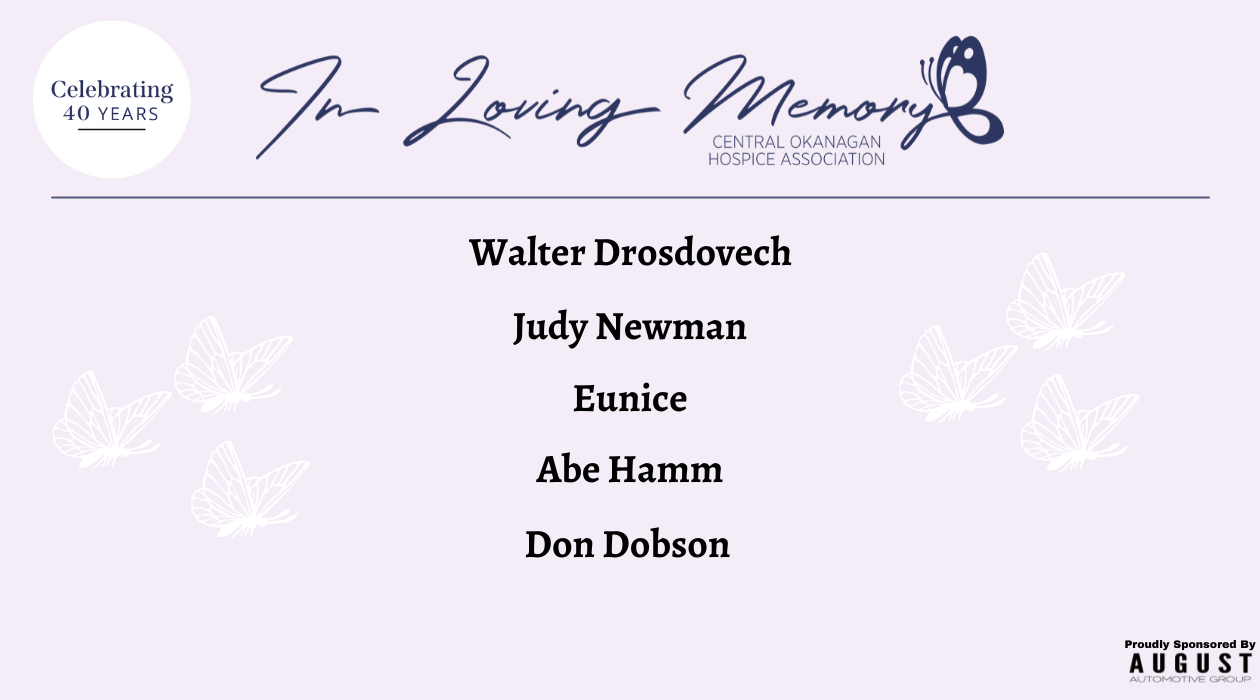 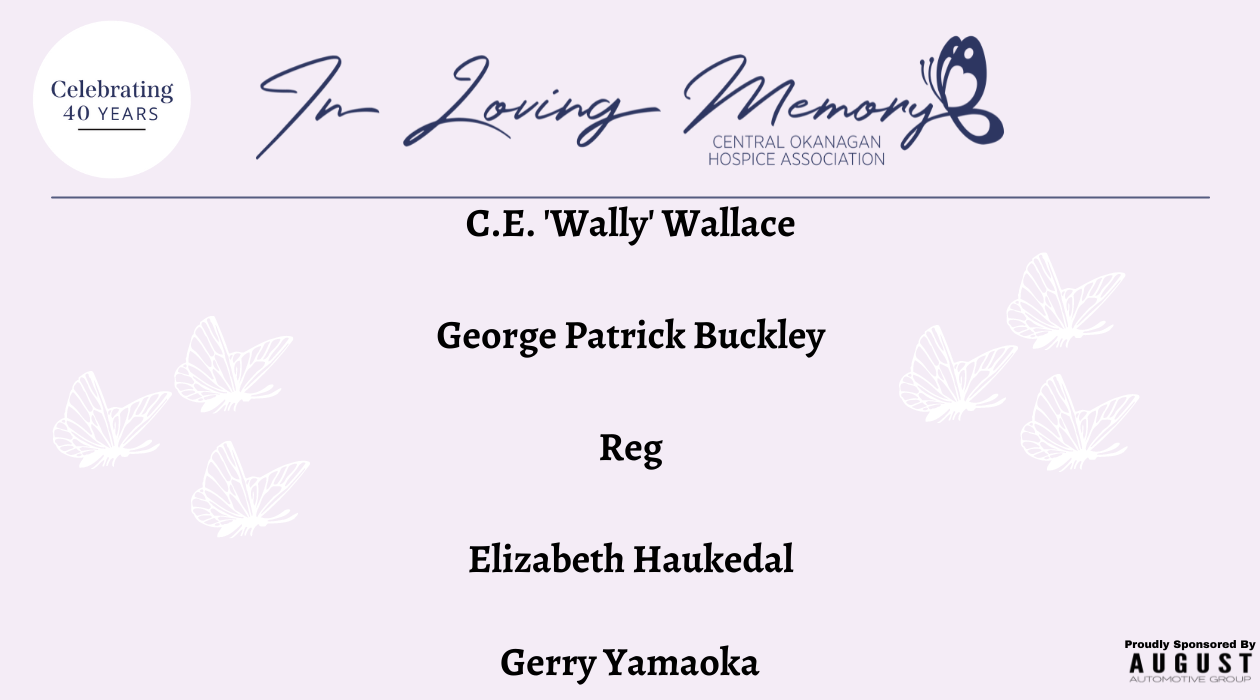 In Loving Memory is proudly sponsored by