Many of you might recognize Jack from his 20 years at Kelowna Secondary School (KSS) or as a regular at the local golf courses. His strong will and friendly nature is what defines Jack, but over the last few years he’s relied on COHA to keep that strong will going.

When you’re told that the love of your life for the last 20 years has only a few years left to live, it’s hard for that reality to sink in, but for Jack that reality was all too real. Jack and his wife Penny were the perfect match together, sociable, outgoing and as Jack puts it, their personalities were like Dean Martin and Jerry Lewis. Penny was the most outgoing person Jack had ever met and even towards her final days she always made sure to put on a show for everyone, remaining upbeat and positive, always making sure her family and friends were happy.

Eight years after Penny was diagnosed with liver cancer she died in November, 2019 and there isn’t a day that goes by where Jack doesn’t miss her presence in his life. When Jack lost Penny his life was turned upside down, his routines and livelihood would never be the same, “When you lose your spouse you have to become completely independent again, you don’t have anyone to talk about your day or what’s going on in the world,” said Jack.

That daily companionship was gone, which left him feeling a void of so much he enjoyed in his life. As time went on Jack’s sadness deepened, his loneliness grew and his ability to cope wavered, certain things like always being the third wheel when getting together with friends or not having someone to pass you the remote when it’s out of reach were regular reminders that Penny was no longer in his life.

Jack is someone who goes out of his way to nourish the relationships in his life, always making sure to keep in touch with old friends and people he has met, a self-proclaimed strong-willed individual Jack also considers himself to be sensitive in nature, so when Penny passed away his ability to stay strong-willed was broken.

Jack is an avid golfer, swimmer and garden enthusiast, claiming he has the nicest flowering annuals in Kelowna. But after Penny’s death those activities that would normally bring him so much joy and happiness weren’t enough to help him through his grief.

Penny spent her final days in the Central Okanagan Hospice House a place Jack describes as a good place that is beautifully put together for those who are suffering.

Eventually Jack knew he needed to speak about his grief, times were lonely and the feeling of grief was never ending.

Jack first sought out COHA when he attended a one-on-one professional counseling session, but it wasn’t for him, he appreciated the efforts of the counselor but it wasn’t something he thought was helping, he did however value the ability to speak freely and openly about Penny’s death.

Still seeking an outlet to express his grief, Jack discovered the COHA men’s grief group, a group of men who gathered together in a small group to talk about the loss of a spouse in their life. After attending his first group session Jack knew it was the right place for him. Gathering with a group of men who had experienced similar hardships made Jack more comfortable with speaking about Penny’s death and allowed for a bond amongst strangers to form where each story told could help relieve some of the grief others were going through. 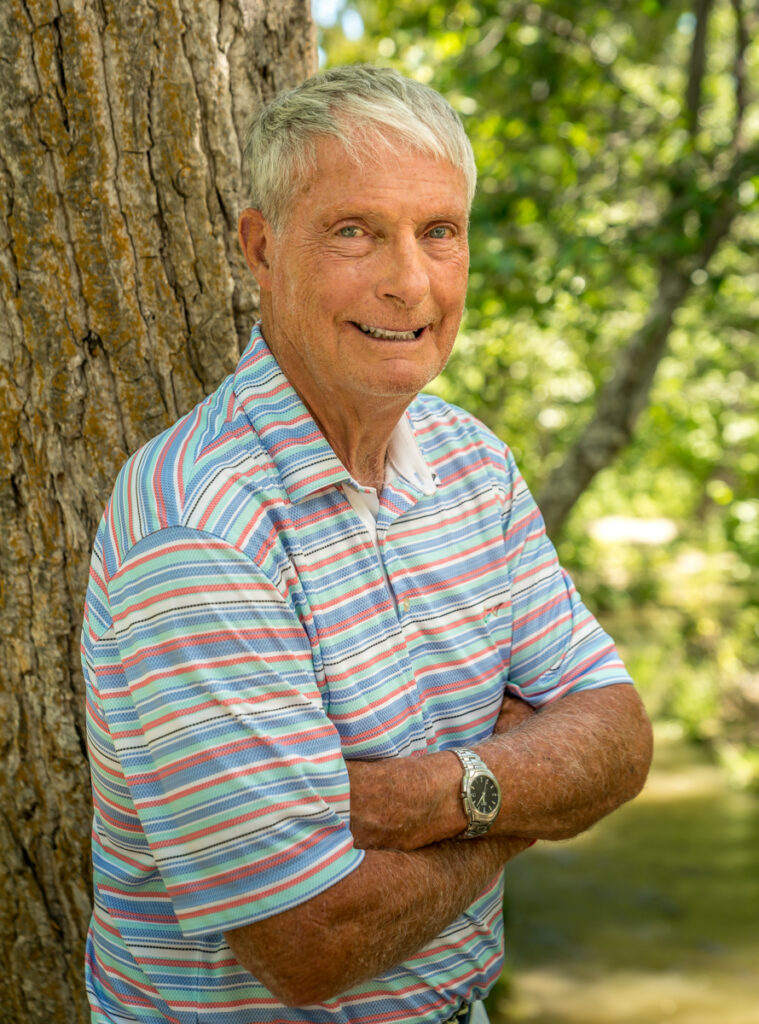 “When you hear others talk about their loss you realize your not alone, and it’s that realization that helps you open up and talk about the sadness you are feeling.”

Finding solace in someone else’s pain is an uncommon feeling but a feeling that many who are grieving find helpful, and Jack was no different.

As Jack puts it, “When you hear others talk about their loss you realize your not alone and it’s that realization that helps you open up and talk about the sadness you are feeling.”

One thing that took Jack by surprise was that out of everyone in the COHA men’s grief group, Penny was the oldest of the spouses to have died. This made him realize that people go through these types of experiences everyday no matter what chapter of their life they are in and that he is far from alone when it comes to grieving a loved one. This allowed Jack to feel he was in a safe space, a welcoming environment where people could feel their emotions and work through the difficult heavy grief they were all feeling together. “If they can do it, then I can do it” is something Jack tells himself often when questioning how he was going to make it through the more difficult days.

“The Central Okanagan Hospice Association is here to help people like myself. It doesn’t matter who you are, there are a lot of different aspects to grieving, slowly as you go along and you know others are going through the same experiences, you begin to learn from them. COHA is very valuable to those who have lost someone, to be able to talk and help face reality. Holding in your emotions will only make getting through the grief harder, talking about your loss is a powerful tool for healing and COHA offers that outlet of relief to those in our community who have lost a loved one.”

The Central Okanagan Hospice Association (COHA) has been supporting the Central Okanagan, from Peachland to Lake Country, for over 39 years. COHA is committed to help individuals with a serious illness live to the fullest until they die, and to help their loved ones be supported in their grief.

As the COVID-19 pandemic evolves, COHA remains here for our community. We are proud to continue to offer our services at no costs to our clients. We believe that there should be no financial barriers in receiving support during life’s most vulnerable moments.

We need your help, so that we can continue to provide these services for our community like Jack.

Please make a gift to COHA’s Compassion in Crisis campaign, either to highest priority needs, or to one of our campaign pillars.