We are together. COHA is here to help

Diana's family story is so touching and similar to many. The uncertainties of what Hospice is and what it offers to individuals and families is like no other. Our community is very fortunate to have a 24 bed residential hospice operated by Interior Health. COHA is a proud partner in this setting of care. 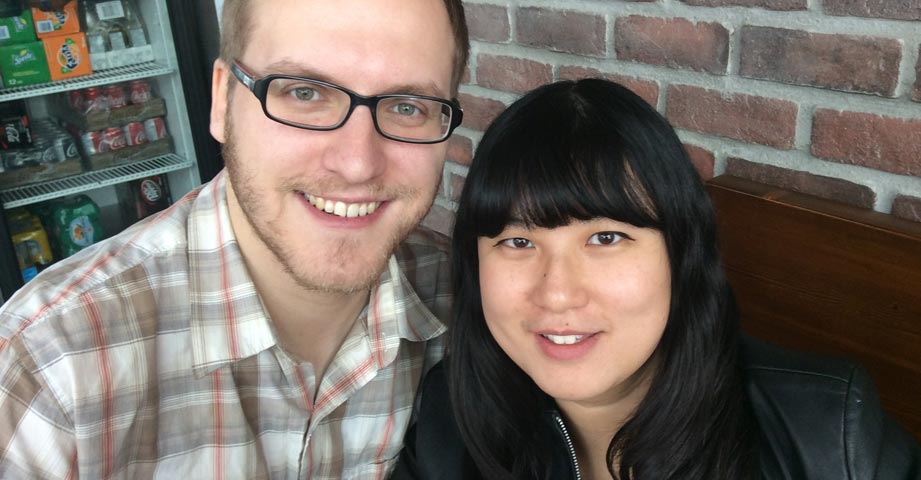 Every milestone mattered. Christina and her husband, Scott, continued to celebrate her 28th birthday, despite an aborted pneumonectomy just days earlier.

Combining a strong will with being bad at delegating leaves no space for one’s self-care. Usually asking for help isn’t the first option either.

Back in 2018, I had just come off of an adrenaline high from being forced into a caregiver role and riding an emotional rollercoaster. My father-in-law’s decade-long cancer battle had taken a nosedive, with my husband’s health chasing it down quickly after.

While both approached terminal, their comfort and happiness came first. To me, that meant forgoing my bleeding heart and sprained wrists to bathe, feed, organize activities, and do whatever it took to relieve the pain of their illnesses. It also meant holding myself together and staying cheerful in order to make every last moment with them count.

After their departures, that drive to stay whole for my father-in-law and my husband’s sakes shifted into a drive for seeking normalcy again. I didn’t think I needed help.

That thought process costed me. So focused on restarting my career and opting for sleep, instead of letting myself cry, left little room to grieve.

Fortunately, I knew it wasn’t something I could keep up. I had to make a change. A quick phone call to COHA was timed perfectly in signing me up for a grief group a few weeks later.

The quiet of the room as everyone listened to my story while I cried was unspoken support. No judgement nor criticism.

I learned that it was okay to say my loved ones’ names rather than hide them away: Alan Paeth, my father-in-law. Scott Paeth, my dearly beloved husband. I got to peek inside the lives of my peers’ loved ones and learn how their deaths made the holes in their hearts ache. Not all of their deaths were through illness. Death does not discriminate and COHA does not either.

While I attended all 8 weeks, others came and went. I could have shown up for all 8 sessions and not said a word. I could have shown up for one day and decided I wasn’t ready. There was no pressure. COHA was there when I needed it. Be it years since the tragedy or mere months ago, our two COHA facilitators welcomed all to grieve and seek support. All sessions were free of charge, thanks to the generosity of donors within our community.

The last session of my grief group was a few days before the first anniversary of my husband’s death. All those who attended were kind and supportive, participating in applying a temporary tattoo I had made in honour of Scott. It was a final hurrah to our time together and, while the tattoos have long faded, the bonds that I made and the help I received will eternally carry me forward.

Writing this while the 2nd year of Scott’s death passes has given me a lot to reflect on.  I had thought I needed strength and courage to be resilient. 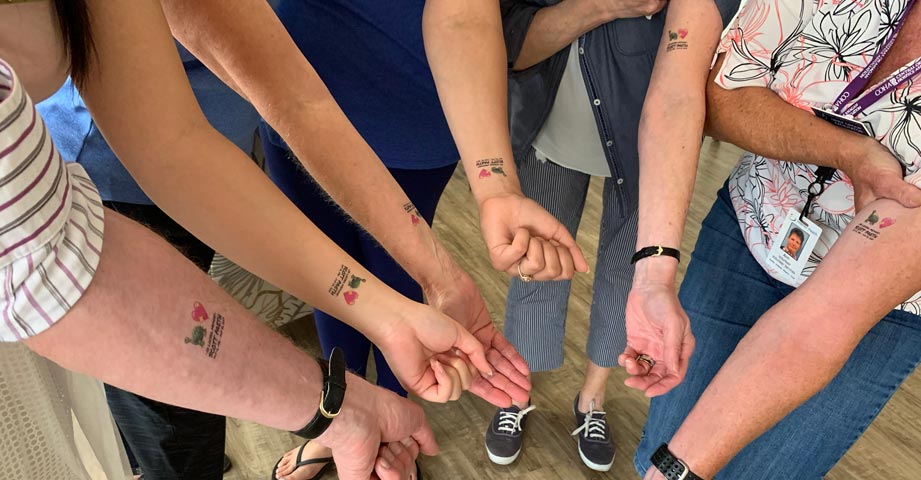 As her husband’s 1st death anniversary approached, Christina’s grief group peers supported her with custom temp tattoos she made in his honour.

Instead, I needed to be vulnerable. No need to go alone if I don’t have to.

This is where your contribution becomes immensely valuable. After the funeral and celebrations of life have taken place, the support from family and friends tapers off when it is needed more than ever by those who are grieving.

Please consider making a donation today towards the Grief Support pillar of COHA’s Compassion in Crisis campaign. Your gift will support COHA’s professional counseling program, offering counseling to individuals of all ages at no cost, to help them navigate their grief journey. It will also support the grief groups, like the one that helped me when I needed it most.